HOW TO RELEASE YOUR SONGS

2)  Which approach to take label vs self release

1)   You get a major label record deal with one of the four major labels,  EMI, Warner,  Vivendi Universal or Sony BMG, who have the clout and   financing to get your CD played on the commercial radio stations, music video stations and placed for sale in the bins of all the retail record stores.

The Price   - You must give them total commitment of your time and sign off most of your rights on this CD and any future songs you write.

The Odds  of getting a major label deal are probably about the same as winning a lottery for most artists considering the small number of new releases from labels each year compared to the over one million bands out there.

If you have already released a CD independently, and have sold several thousand copies at local shows in and around the regional area you live in, and have developed a fan base,  you stand a greater chance of getting signed than an artist who has done nothing.

Knowing that you can do this in a small regional area without radio airplay would suggest a low risk for the label that you could do it on a national basis with the right backing and promotion.

Even bands who flopped and are dropped from their label for poor CD sales, still become a known band name due to the labels promotion machine and influence getting them played on the  radio.

2) You get a record deal with an indie record label. They don't have the clout and financial resources of the major labels but will get you played on some radio stations and will get your CD's placed in a lot of stores.  You probably won't sell anywhere near the amount of CD's that you would sell with  a major record label, although the Indies will probably give you a bigger cut and you won't have as many charge backs as with the majors.

The Price  - You will still have to totally commit your time to them. You probably won't have to sign away as much of your rights and future as with the major label.

The Payoff -  Anywhere from a part time job to a huge income depending on how  much the label does to promote you and how the buying public reacts to you.

3)  To give yourself the record deal that only you know how much you deserve, you  give it to yourself.

There is a large number of sites on the internet where you can sell your CD on consignment, (you give them 5 or 10 CD's, when they sell them they send you the cash and you advance them another 5 or 10 copies.)

You can also get your CD digitized and available for digital download on a number of sites that is growing  everyday, Apple's I tunes included.

If you have a some extra  cash you could get air play on some radio stations.

The Payoff  -  You will never sell even a small fraction of the CD's that you would with a major label or a large indie label. You could sell as many or more  than the smallest indie label. You will though  have complete control over your music and the image you want to project.

You will probably never get rich,  although there are self release  artists who have.

If you are successful and create a following of fans, CD sales and packed bar  rooms  you will undoubtedly attract  the attention of the  record labels.

At that point  you have an edge to negotiate a better recording contract, or you might decide to continue on your own.

As a self release artist you will get all of the proceeds. However  100% of nothing is still nothing.

You will have to work it or just be content to tell your friends you released a CD.

The odds    are 100% of getting you to release your CD. (unless you don't like yourself)

2) Which approach to take label vs self release

There are lots of arguments for and against both ways. You'll hear all kinds of horror stories about artists who signed a record deal, their CD was shelved, never released and they cannot take it anywhere else or release it independently because they are locked into a record company contract.

If you are not sure which way to try, why not try all three ways. Most labels are looking for a three song  demo CD. When the first three songs are done send them out to the major labels while you  are working on the rest of the CD. When the next three songs are done, try sending them to some of the indie labels. If after several months of sending demos to labels doesn't get you anything then try the self release route.

If you build up enough of a fan following and CD sales on your own try the labels again if you choose to.

The infamous record contract with a major label is almost impossible to get because there are over one million bands/ artists, and only four major labels. It is obvious who needs who. The Label has a million other bands that they could sign instead of you.

Ten years ago there was virtually nothing you could do about it. Nowadays with the advent of the internet and websites like CD Baby, Facebook, Twitter and many other sites to promote yourself on, you have a tremendous chance of making a living with your music. 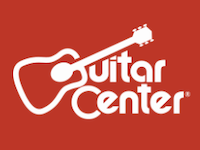 The Recording Industry Association of America, R.I.A.A., represents approximately 85% of the record labels in the U.S..

Here is a link to that list of over 5,000 Record Industry companies.